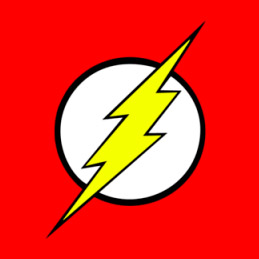 The Flash can travel at near light speeds, run up buildings and move so swiftly he can phase through objects and create sonic booms! The “Scarlet Speedster” has had four people assume his identity and you can help that number rise with our officially licensed costumes of the DC Superhero who first appeared in Flash Comics in 1940. We’ve got costumes for men, women and boys as well as an aerodynamic 2nd Skin costume, perfect for the “Crimson Comet.” Watch this space for more as The Flash is set to become popular over the next few years with an appearance in The Arrow coming and a film set to be made