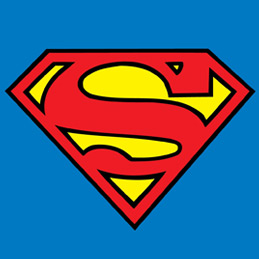 Superman has seen many forms over the years, from the more recent Man of Steel; a reboot of the franchise chasing Superman’s roots, to his original DC comic book debut in 1938’s Action Comics. The character was originally conceived (by creators Jerry Siegel and Joe Shuster) as a bald, telepathic villain! How the world would’ve been different had that happened! Man of Steel is well represented here with men and boy’s deluxe costumes available, as well as costumes for General Zod and Superman’s father Jor-El.
We also stock Supergirl costumes for girls as well as Secret Wishes costumes for ladies looking to look super and sexy. You’ll also find 2nd Skins and muscle-chest costumes