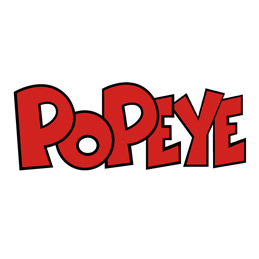 Become the spinach-munching caravan-dwelling sailor man and his friends with our officially licensed Popeye products. Popeye the Sailor Man first appeared in the Thimble Theatre cartoon strip in 1929 and in 1933 these strips were adapted into short cartoons. Popeye was always battling Brutus for the romantic attentions of Olive Oyl, the bean-poled, short-tempered female who was part of the Thimble Theatre comic strip long before Popeye. In 1980 the anchor-tattooed Popeye was made into a live action movie starring Robin Williams as the titular character. We have costumes for Popeye, Brutus and Olive Oyl. We can’t guarantee that our spinach-themed can-cover will grow your muscles if you ingest the contents, but you will look the part as Popeye with that unique accessory