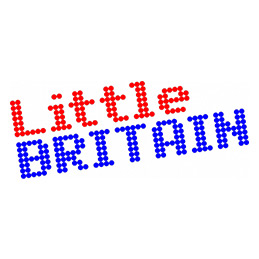 “Champaaaagne dahlings!” These officially licensed Little Britain costumes will have you claiming “I want that one,” whilst also stating that you’re “the only gay in the village.” Little Britain starred Matt Lucas and David Walliams in many sketches, favourites being Andy and Lou, yeah but no but yeah but Tracey got off with Mark behind the bike sheds but Mark don’t even like her or somethin’ or nothin’ ? Vicky Pollard, and the only gay in Llandewi Breffi; Daffyd Thomas. We’ve got official costumes for Bubbles, Vicky Pollard, Daffyd and Andy. Fantastic for Television themes