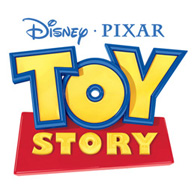 Toy Story was the first Pixar computer animated film released by Disney in 1995. The first film featured a cowboy doll Woody, feeling threatened when the boy who owns him, Andy, buys a new modern toy, Buzz Lightyear who begins to steal Woody’s limelight. We meet all the toys that live in Andy’s toy chest through the film, including Mr Potato Head, Slinky and Rex amongst others. The film became a huge success and two sequels followed, spawning new outfits and costumes. In our toy chest here you’ll find costumes for children and adults alike including outfits for Buzz Lightyear, Woody, and Jessie