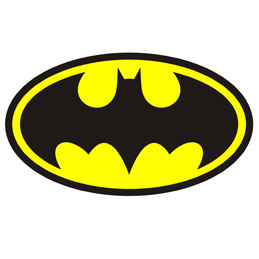 Batman made his DC Comic book debut in 1939 and over the years we’ve seen many different looks, and his rogue gallery of villains has grown larger and larger. Bruce Wayne is a millionaire playboy by day but by night he dons his armour and mask and becomes the caped crusader, often partnered by the Boy Wonder Robin. Adam West played the first memorable live action Batman and we’ve seen Michael Keaton, Val Kilmer, George Clooney and Christian Bale all become the masked vigilante. It hasn’t been a smooth ride for Batman over the years and we have a collection of fancy dress costumes of all of his most noteworthy villains including; The Penguin, The Riddler, Poison Ivy, Harley Quinn and Bane.

2008s The Dark Knight saw Heath Ledger’s penultimate role as The Joker, before he sadly passed away, and boy did he leave us with a memorable performance. Stirring, creepy and psychotic are just three words to describe his portrayal and we’ve got costumes for both adults and children of the world’s scariest clown! As well as costumes for boys, girls and men, we’ve got some officially licensed costumes for ladies that will set the pulses racing. Secret Wishes bring us Harley Quinn, Catwoman, Batgirl, Poison Ivy and Robin as we’ve never seen them before. For individual masks, accessories and other extras please check their respective areas